Cooper and Company was honored to be recently selected as the General Contractor for the new office facility for USPOULTRY and USAPEEC’s joint partnership The Coop Group, LLC.

U.S. Poultry & Egg Association (USPOULTRY) and the USA Poultry & Egg Export Council (USAPEEC) officially broke ground on an expansion to USPOULTRY’s existing offices in Tucker, Georgia. The expansion will create an additional 12,000 square feet of space owned by “The Coop Group, LLC” a partnership of USPOULTRY and USAPEEC.

“We look forward to having our friends at USAPEEC join us in the expanded building. Not only will we be able to utilize some shared services for efficiencies, but we’ll be able to use each other’s expertise to benefit our common members in the poultry and egg business,” said John Starkey, president of USPOULTRY.

“This is a win-win for us,” said Jim Sumner, president of USAPEEC. “Instead of leasing, we will now have an equity position in a state-of-art facility that will help preserve our ability to continue serving the international trade needs of our industry.”

The board of directors for USPOULTRY and USAPEEC approved the expansion last year. Construction, contracted through Cooper & Company General Contractors, is expected to be completed by mid-2020. 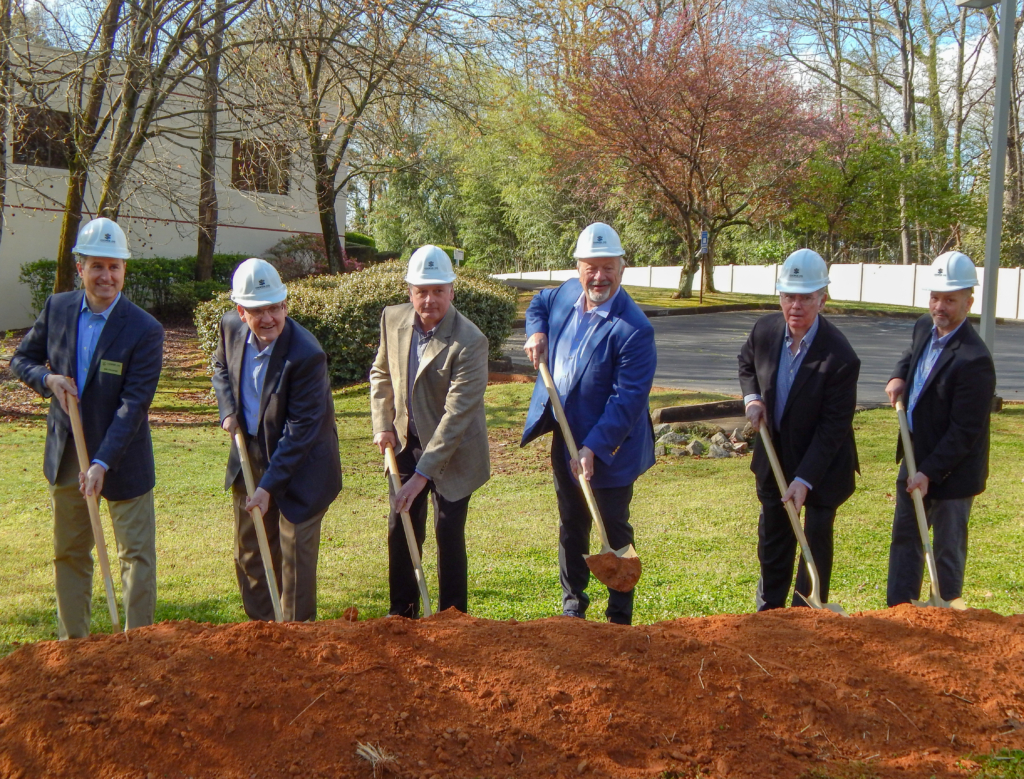 U.S. Poultry & Egg Association (USPOULTRY) is the all-feather organization representing the complete spectrum of today’s poultry industry, whose mission is to progressively serve member companies through research, education, communication, and technical assistance. Founded in 1947, USPOULTRY is based in Tucker, Ga.

Although the USA Poultry & Egg Export’s (USAPEEC) mission is to promote exports of U.S. poultry and eggs around the world, the Council had evolved into an association that is an advocate for the industry on trade policy issues. Because of its status as a not-for-profit entity, USAPEEC does not lobby, but the organization can and does act as the intermediary with USDA, both in Washington and at embassies and Agricultural Trade Offices around the world.

Cooper is anticipating construction to consist of a two-story, 12,000 SF new construction office building in addition to completing renovations to the existing office spaces for administrative growth.  The project is set to being work soon.